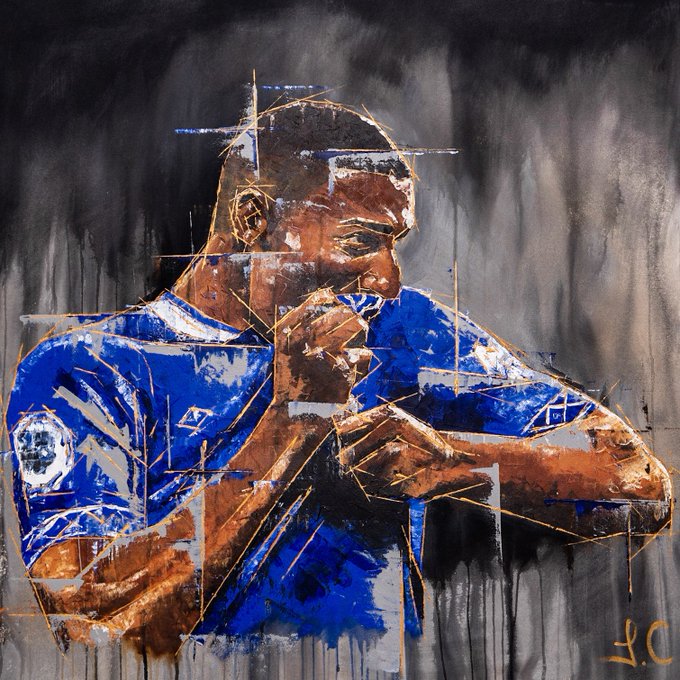 A painting by John Charles

British artist who defeated drug addiction and alcoholism through art, dedicates himself to drawing pictures of UK players and personalities

A child's dream and a past full of adversity. This could be Richarlison's story, but the character in question is the British artist John Charles, who saw his youth collapse in drugs and alcohol and found inspiration in art as well as in his nine-year-old daughter Emmy, to move on. At 37, John has dedicated himself to teach online art courses and also to illustrate one of his greatest passions: football.

Ironically, John is a Liverpool fanatic fan. Liverpool is Everton's opponent this Sunday, in the game that marks the restart of the English League. Despite this, the artist admires the Brazilian striker and stated in his Twitter that he decided to make a painting of Rick, once he thinks the player will do great in the next game against Liverpool, at 3 pm (Brasília time) at Goodison Park.

@richarlison97 timelapse video, this is the early stages of my latest painting for you to all enjoy on the eve of the derby @ThePeoplesGroup #premierleague #football #painting #art #artist #johncharles #timelapse #efc #evertonfc #derby pic.twitter.com/2ybjz5irig