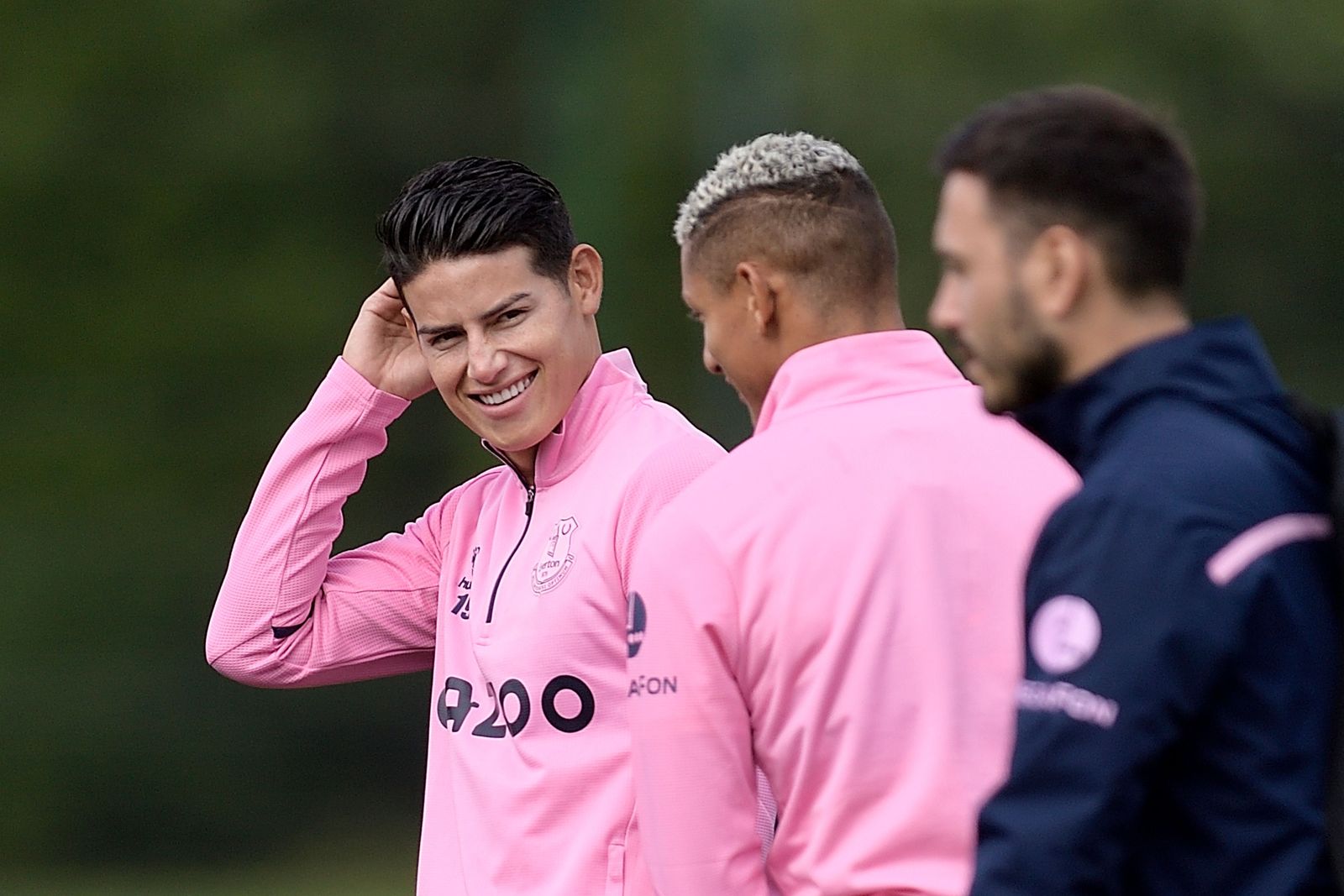 On the day he was called up for the Brazilian national team, at the beginning of the qualifiers for the 2022 World Cup, Richarlison spoke to the Colombian portal GolCaracol.com. With the arrival of James Rodriguez and Allan to the team led by Carlo Ancelotti, Everton gained a South American touch on the pitch. In an interview with journalist Santiago Clavijo (@santiagocm96), Rick spoke about his friendship with Mina and the growing chemistry with James. In the land of the Beatles, the changing room has now a Latin rhythm!

Take a look at the full interview below.

How did you react to the news that James Rodriguez was going to join the team?

When I heard about it, I was very happy because the team needed a player with such qualities, and I think he will help us a lot this season.  He showed us what he can do in his very first game, so I believe he has got it all and will have a very good season.

What are your impressions of him on the field now that you both had over a week of training together and he has had his first official game?

We can see his qualities. We tried to talk a lot on the pitch, he and I got along very well and I know where he is going to send the pass to and where I have to go.

In the match against Tottenham, James made some incredible assists that you could not define. Were you surprised by the quality of his pass?

I think we lacked a bit of luck. I think that in the next game our luck might change and I will be able to score some goals. As I mentioned before, James and I got along very well on the field, I know what he is going to do. Unfortunately, I was not very lucky in this game, but I hope I will be scoring again soon.

You are considered one of the best young players in football. Since James is expected to give you a lot of assists, will you be exploring your potential more quickly?

Of course, when you have a high-level player on your team, and you see the ball coming in with the opportunity to score a goal, that's what every attacker wants. So, I think we are ready to make a very good championship this year.

James is a very good player, and Everton hadn't had that before. Is it the team that has to adapt to the way he plays, or the other way around?

I think we should all try to help each other. But I think James should have the last pass because he has very a good pass. Therefore, I think the team also has to adapt to him, because he is the player who goes forward and puts us in a goal situation. Midfielders have to aim the ball to him because he has a very good last pass and, of course, he will know what to do with it once he's got the ball.

Do you think the team can show a much better football with these recent signs?

We are playing as a great team now and the arrival of Carlo Ancelotti has also helped a lot. Everyone who saw the game against Tottenham could see that we were on fire and these signings were fundamental for the team to be able to play on equal terms against everyone else and we will seek as many titles as possible this season.

Yerry Mina is a great friend of yours, but unfortunately, he hasn't played much since he arrived at Everton due to continued injuries. How do you see his situation for this season?

Yerry is a great friend of mine and the whole team, he is a lovely guy. He is a hard-working player and he is always smiling. We are friends and, of course, he has got everything to perform a very good season, at Everton as well as in the Colombian team. As for his injuries, he is already better this year, he has a physiotherapist at home to help him recover faster. He is training every day and has been playing more games. I hope he has no injuries this year. I pray for him, we are very good friends and I hope he does very well this season.

Is he also becoming friends with James?

Yes, we sit in the changing room and play music together already. Little by little he is feeling more comfortable with us all and as there are three Brazilians on the team, and Yerry is also there, we feel like we are in South America.

What impressed you the most about both of them?

The happiness they bring. When we lose a match, we have to recover as quickly as possible and they are players who have already played in a World Cup, they are experienced and I believe we need players like that, so I think they are fundamental when it comes to cheering the rest of the team up.

What is it about Carlo Ancelotti that makes a player like James so attached to him?

Ancelotti has won just about everything. When I came to England, it was brought by Marco Silva, first to Watford and then to Everton. I have confidence in Marco's work, so I think James also has confidence in Ancelotti's work because they have already worked together at Real Madrid and Bayern Munich and I think when Carlo called him, he didn't think twice before accepting it, as he knows Ancelotti trusts him and knows he came here to aiming to do his best, and that trust is essential for the player.