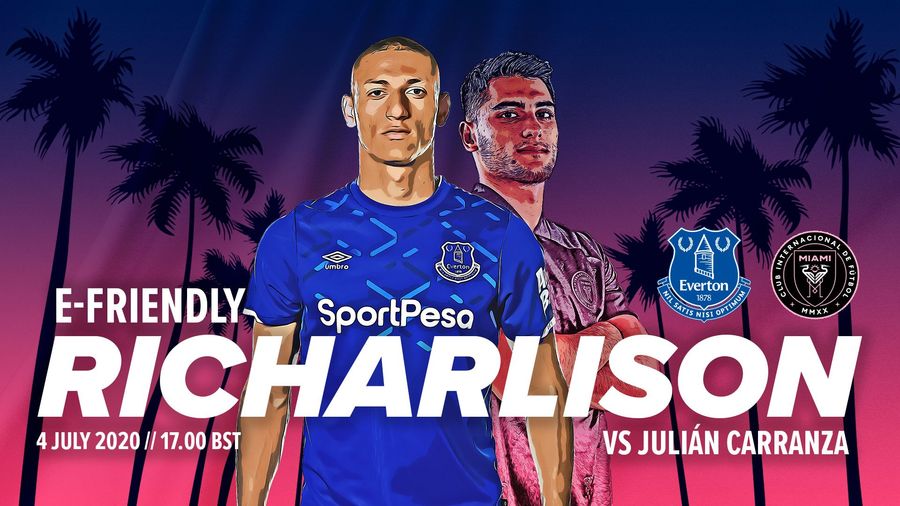 Everton and Inter Miami, from the United States, are due to have a virtual match of FIFA 20 this Saturday. But those who think the challenge is between the two clubs are mistaken. In fact, the Brazilian striker will face the Argentine Julian Carranza, American team striker, and a match between the Brazilian and the Argentine teams is expected to be seen in the video game.

The virtual challenge will be played in a best of three matches and in one of them we will be able to watch the South American super classic. In the other two matches, players will be able to choose teams of their preference in FIFA 20.

In addition to FIFA matches, Richarlison and Carranza will answer questions about their careers. Fans can also win official shirts from both clubs signed by the two players. Details on how to participate in the promotion will be revealed along with the official content.

Since arriving at Everton, Richarlison has scored 26 goals in 72 matches, in addition to attending regular calls for the Brazilian team.

Carranza, 20 years old, represented the Argentine national team in the last U20 championship.  He became an Inter Miami CF player in January 2020, before the club's debut campaign in Major League Soccer (MLS).

See how the challenge was below: