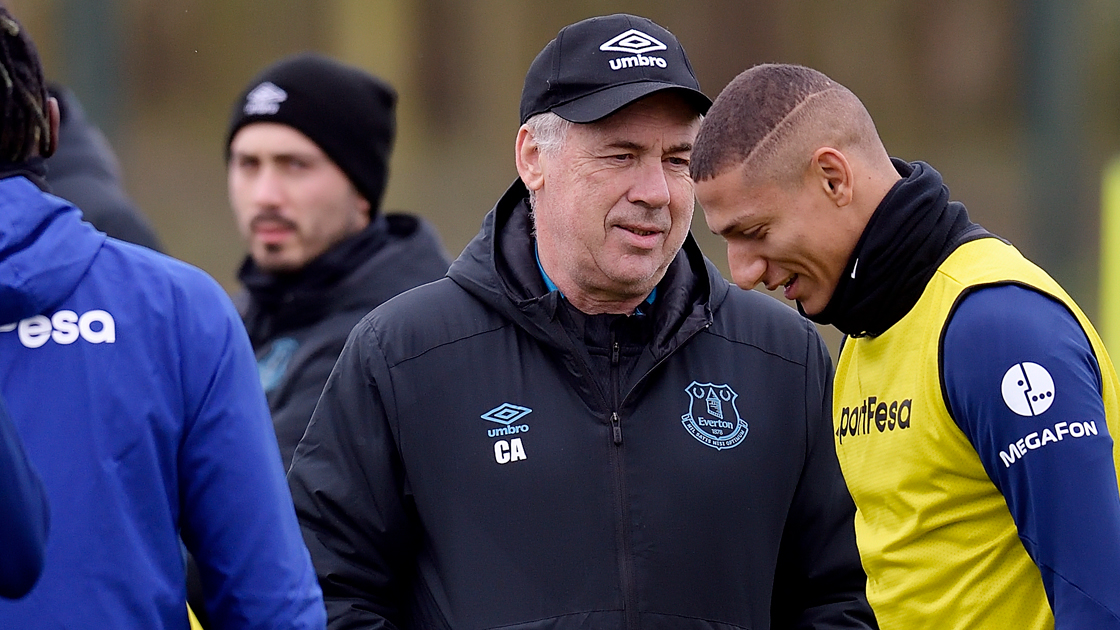 With his contract renewed until the end of the 2023-24 season, the striker has got the opportunity to be trained by one of the best in the world, the Italian Carlo Ancelotti. Here Rick (who usually has great relationships with the professionals he works with, since Givanildo in América-MG, passing by Abel Braga in Fluminense and Marco Silva at Watford and Everton itself ), tells us what it is like to work with a three-times Champions League champion.

- I am proud to be coached by one of the best in the world and I believe our tactical section is more competitive since he joined us, said Rick.

Ancelotti, who has won victories for Milan, Real Madrid and Bayern Munich, signed a 4-year contract with Everton and has used Richarlison as a forward midfielder. The attacking duo with Dominic Calvert-Lewin has already scored 10 goals in the 9 Premier League matches in which they played together under the command of the Italian.

- Ancelotti sees football as very few coaches do. I try to learn the most from him, both in games and in training. He is demanding and always wants us to give our best, said Richarlison.

The Premier League was given permission from the British government for the return of the competition, which happens between the 19th and 22nd of June. Blues is currently in 12th place on the table, with 37 points. They have nine more games to try to reach a classification for international competitions. Everton has played eleven games, with five wins and three draws with Ancelotti as their coach.