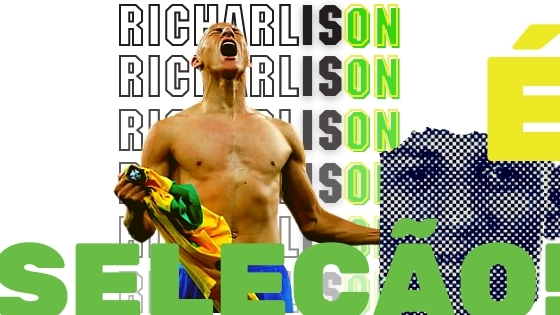 The Brazilian team face the Bolivians at the Neo Química Arena, in São Paulo, and then travel to Lima, to play the Peruvians

Richarlison was called up again by coach Tite for the first two games of the 2022 World Cup Qualifiers, against Bolivia and Peru. The matches will take place on the 9th and 13th of October. The Brazilian team will play the Bolivians at the Neo Química Arena, in São Paulo, and then will travel to Lima, to play the Peruvians.

The Everton player saw his name in all the calls since the end of the last World Cup, in 2018. Richarlison played in 19 games with the yellow shirt and scored six times. He also has two assists and three penalties earned.

Richarlison made his debut in the National Team two years ago, when they beat the United States 2-0. His first two goals came in the next game, his first game as a starter, against El Salvador.

Peru, Brazil's second opponent in the qualifiers, was the attacker's last victim for the National Team. In the 2019 Copa America final, Richarlison scored the title goal against the Peruvians at Maracanã.

Richarlison for the Brazilian team:

Direct participation in 0.57 goals per game