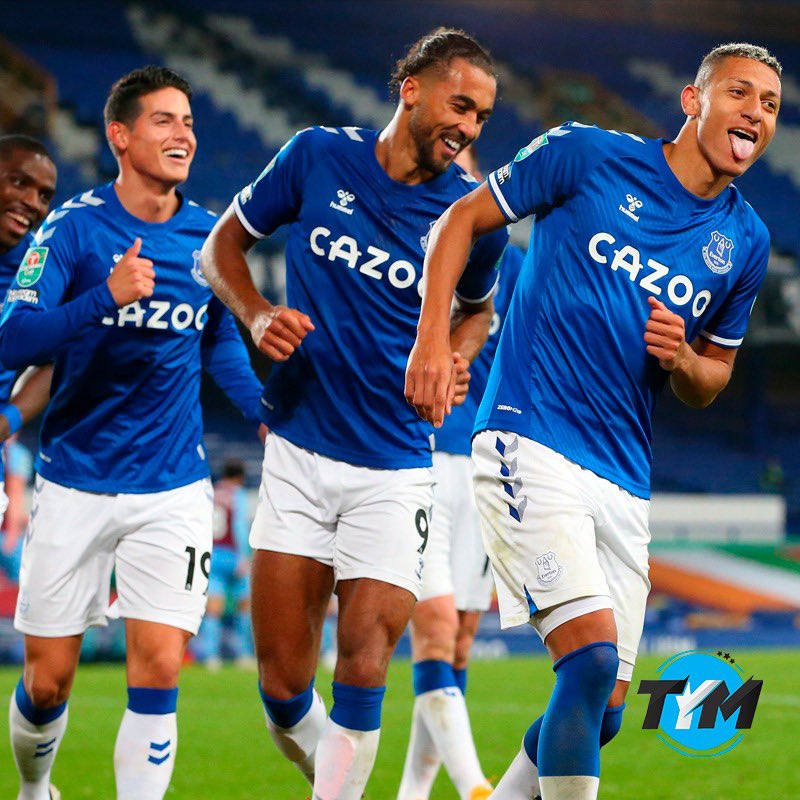 Everton won once again. This time, the blue team from Merseyside scored 4 -1 at West Ham, for the 16 Final of the EFL Cup (Carabao Cup), and made their way to the quarter-finals. Once again, the Blues were able to watch Richarlison's brilliant performance. The player scored his fourth goal over the course of five games.

The Toffees scored the opener early in the first half but gave away tie in the first minute of the second half.  After a few shots being saved by the opponent goalkeeper, he had his third chance and did not waste it this time, scoring a beautiful goal. Minutes later, he needed to be replaced due to a sprained left ankle. Calvert-Lewin, who had already scored the first goal of the match, netted again.

Richarlison has got five games this season, with four goals and two assists. Everton will return to the field next Saturday when they face Brighton in the fourth round of the Premier League.