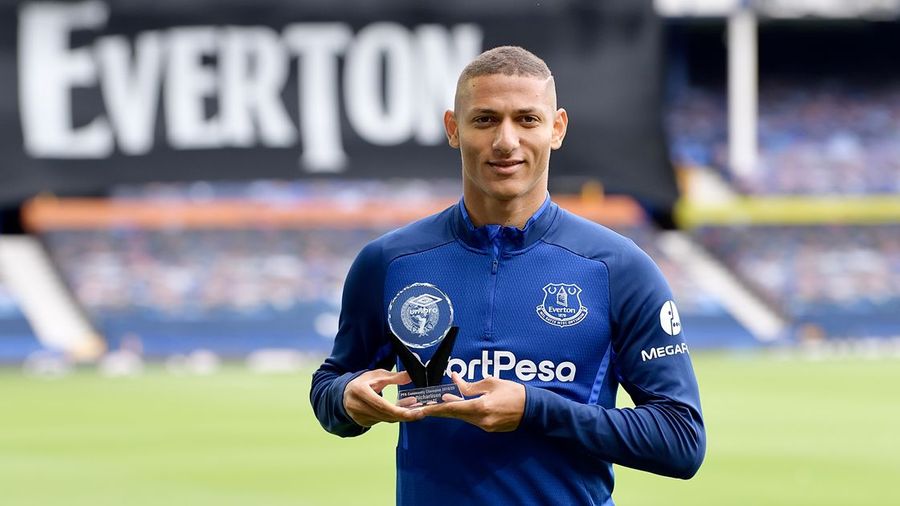 Richarlison's work has been recognized both in and off the field. The Brazilian player, Everton top scorer, was also notable for the social actions he has participated in over the past few years.

Richarlison has acted on important issues, such as fighting the new coronavirus and helping needy communities in Espírito Santo. He has also become an ambassador for USP Vida, a program at the University of São Paulo which aims to raise funds for scientific research. In England, he participated in several actions of his club, such as visits to children who have suffered bullying and great family losses. For that, he received the PFA Community Champion – an award from the association of professional players in England- for work done to the community.

“I want to be remembered as someone who tried to change the reality of the people around me. Since the beginning of my career, I have always tried to draw attention to causes that are really important to my community. It motivates me ” said the number 7. He also talked about the importance of players speaking out on important issues and engage socially.

“All of us who play in big leagues and have space in the media, we have a great social responsibility. And that cannot be just words. We need to act more and engage more in order to try to change the reality of those in need. ”

The striker ended by saying that throughout his career, as he gained more notoriety, he has been trying to do more and more for his community.

“At first I just wanted to buy a house for my parents, but then I saw that I could do bigger things. And it's not always a matter of money, it's actually a matter of caring about what you're doing. It is extremely important to end this stereotype that a football player can only talk about sports and nothing else ”, he completed to Everton website.