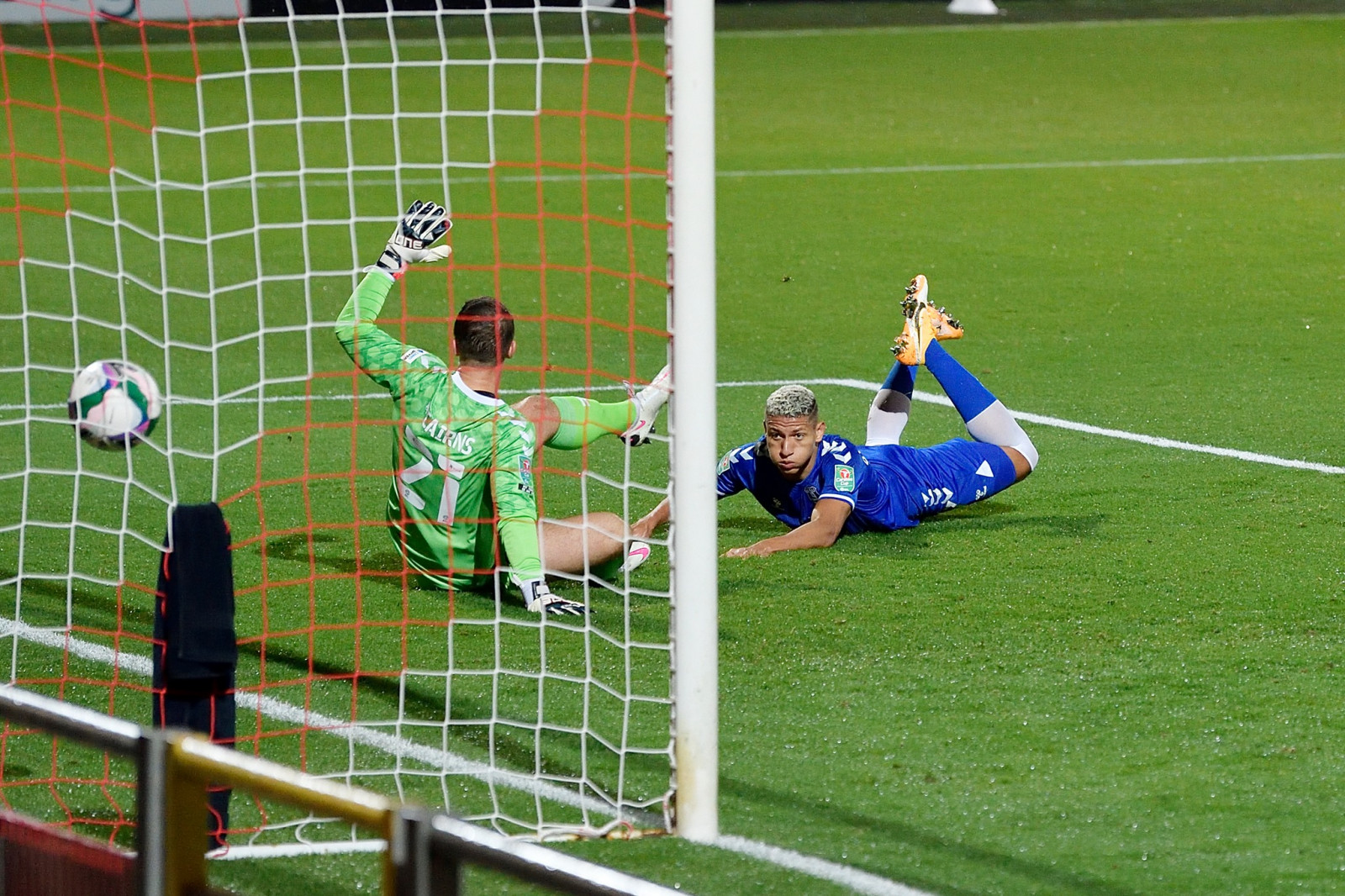 Richarlison shines again. After two great performances in the team's first Premier League matches, he played Fleetwood City this Wednesday, for the English League Cup. The victory of the Blues by 5 - 2, making their way for the next stage of the competition.

The attacker did not need much time. He scored twice. One after receiving a beautiful pass from Bernard and the next after a backheel from Iwobi. Soon after, it was his time to serve. After crossing from the left, Richarlison failed to finish and ended up arranging for Iwobi to make his own. Bernard and Kean scored the last two ones.

These were the player's first two goals and third assist in the 2020/2021 season. Next Saturday, Everton will return to the field to play Crystal Palace, in a duel that is worth remaining on the top of the table. After two rounds, both teams have six points, along with Leicester, Arsenal and Liverpool.