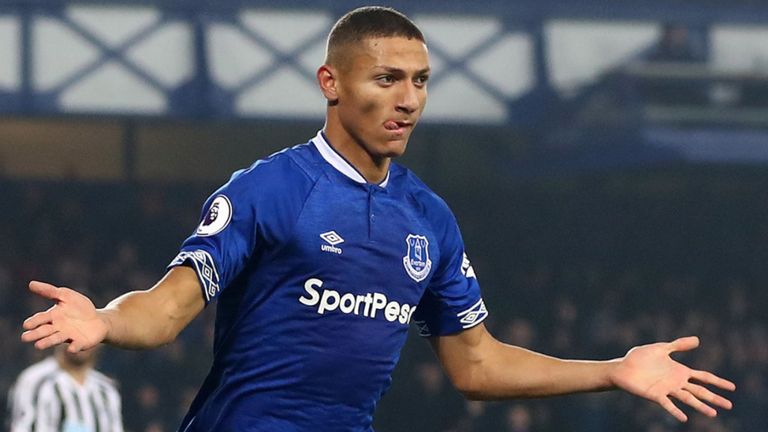 Two years of growth and changes

Since his arrival, in 2018, many things have changed. There were 78 games and 29 goals with Everton's shirt, and a relationship marked by affection and intensity from the start

The Brazilian kicked away any suspicions that might have hovered around his contract right in his debut for the Blues, when he scored twice against Wolverhampton.

Soon after his debut, he was given a chant and, still at the age of 22 at that time, began to build a relationship with his fans that few players manage to have during their entire careers.

A month after his arrival at the Toffees, the first call for the Brazilian team came, followed by many others. Wearing the yellow shirt, he won his biggest title to date - the Copa America 2019 - and has been building a story that is expected to be a lasting one.

And if football is measured my moments, as many say, his permanence in all post-World Cup 2018 calls is due to the work done in his club. On the sport roller coaster, Richarlison has had very few low moments for the Blues in those 24 months.

After scoring 14 goals in his debut year, 15 goals have been scored in the current year - best mark of his career in just one season, equalling the magnificent first semester of 2017 at Fluminense. And the tireless and hard-working player has also taken part in jobs and social actions outside the four lines, both in Liverpool and in Brazil - always focusing on health and education. And such engagement, both with the club and with social causes, has as its main reward the unconditional support from the Toffees fans - who from the very beginning made fun of some sports commentators who questioned the amount invested in him.

The 50 million pounds they mention in the song made in honour of Richarlison is a real bargain for such a willing player, who represents very well not only the club but also the city, that is proud both of its working-class and community.

The crowd's chant, which is inspired by the song She is Electric, by Oasis, goes like this: