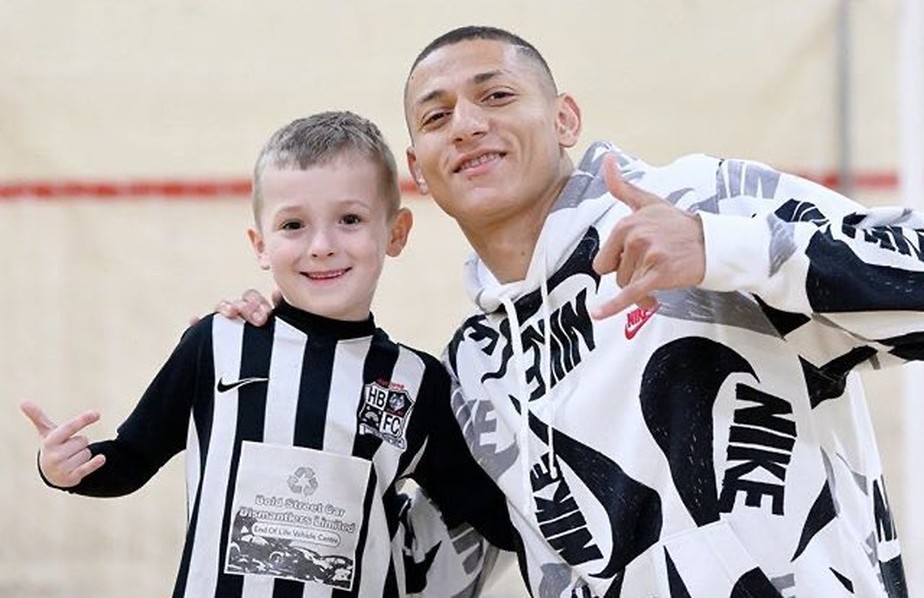 Richarlison engaged in an action promoted by Everton to comfort 6-year-old Jenson, who lost his mother last week.

The boy plays in the Halton Borough Wolves sub-7. His sadness quickly gave way to joy when Rick appeared by surprise in the team's training session. Jenson, who is a fan of the capixaba striker, ran towards his idol and threw himself into his arms as soon as he saw him appear in the gym. It was a very touching scene.